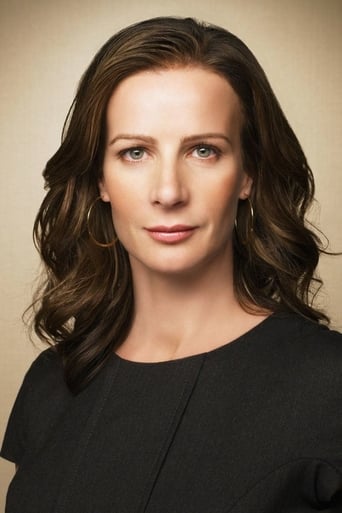 Rachel Anne Griffiths is an Australian film and television actress. She came to prominence with the 1994 film Muriel's Wedding and her Academy Award nominated performance in Hilary and Jackie (1998). She is best known for her portrayals of Brenda Chenowith in the HBO series Six Feet Under and Sarah Walker Laurent on the ABC primetime drama Brothers & Sisters. Her work in film and television has earned her a Golden Globe Award, two Screen Actors Guild Awards and three Australian Film Institute Awards. Griffith attended Melbourne University, studying philosophy, before attending the drama department at Victoria School of the Art.  After college, she began working with the touring youth company Woolly Jumpers Theater Company, as well as the Melbourne Theater Company, where she appeared in numerous dramas.   Griffiths made a name for herself in 1991 when she wrote and performed in the short film "Barbie Gets Hip,” which was screened at the Melbourne International Film Festival. She landed a few TV spots before she was cast as Rhonda, Toni Collette's sidekick in P.J. Hogan's "Muriel's Wedding" (1994), winning her an Australian Film Institute Award for Best Supporting Actress. These successes jump-started her career, landing her numerous dramatic and comedic roles in overseas productions, before making her American cinema debut with her second P.J. Hogan collaboration, "My Best Friend's Wedding” (1997). In the fall of 2001, Griffiths accepted her first major television series role and came aboard Alan Ball’s HBO series "Six Feet Under."  Griffith stayed with the show during its five years of critical acclaim, while at the same time, continued to appear an lend her voice to screen and direct-to-video features before returning to telvision to star in "Brothers and Sisters" to much similar acclaim.