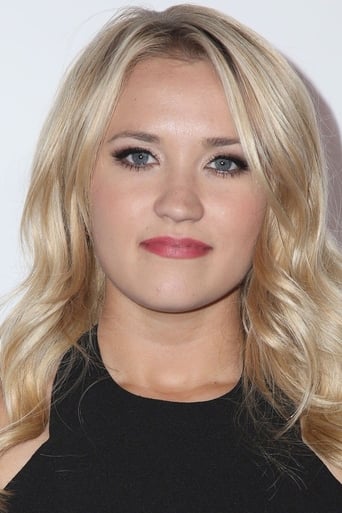 ​From Wikipedia, the free encyclopedia.   Emily Jordan Osment (born March 10, 1992) is an American teen actress, singer-songwriter and voice actress born in Los Angeles, California. After working in several television films in her childhood, Osment gained fame for co-starring as Gerti Giggles in Spy Kids 2: Island of Lost Dreams and Spy Kids 3-D: Game Over. Osment went on to co-star in the Emmy Award-nominated Disney Channel sitcom Hannah Montana as Lilly Truscott as well as the series movie, Hannah Montana: The Movie. She also starred as Cassie in R. L. Stine's: The Haunting Hour Volume One: Don't Think About It and most recently the Disney Channel Original Movie, Dadnapped as Melissa Morris. Osment expanded her repertoire into pop music and more recently alternative/indie rock where she has recorded teen pop hits like "I Don't Think About It," "If I Didn't Have You" alongside her Hannah Montana co-star Mitchel Musso, and most recently "Once Upon a Dream." Osment's debut album, Fight or Flight was released on October 5, 2010 via Wind-up Records, and it features lead single "Let's Be Friends" which was released July 7, 2010. Description above from the Wikipedia article Emily Osment, licensed under CC-BY-SA, full list of contributors on Wikipedia.