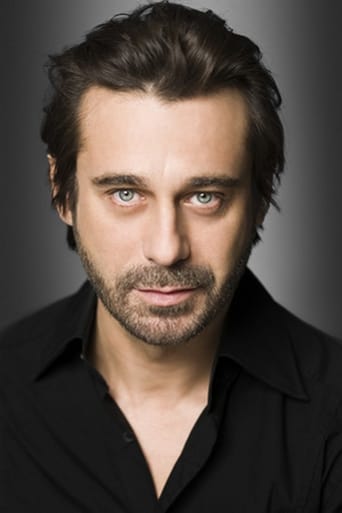 From Wikipedia, the free encyclopedia. Jordi Mollà Perales (born 1 July 1968) is a Spanish actor, filmmaker, writer and artist from Catalonia. Mollà's artwork is represented in the Carmen De la Guerra Gallery in Madrid, Picasso Mio Gallery in Madrid and Barcelona and Cold Creation Gallery in Barcelona. In the summer of 2002, he exhibited in ARCO at the Carmen de la Guerra Gallery, along with a number of other artists. As an actor, Mollà is most recognized in the United States for his role as Diego Delgado in Blow (Ted Demme, 2001), his debut Hollywood film. Mollà also has directed three films and written two books. Bad Boys II co-star Gabrielle Union labeled Mollà as "The Tom Cruise of Spain," when praising his charismatic performance as Johnny Tapia. Description above from the Wikipedia article Jordi Mollà, licensed under CC-BY-SA, full list of contributors on Wikipedia.