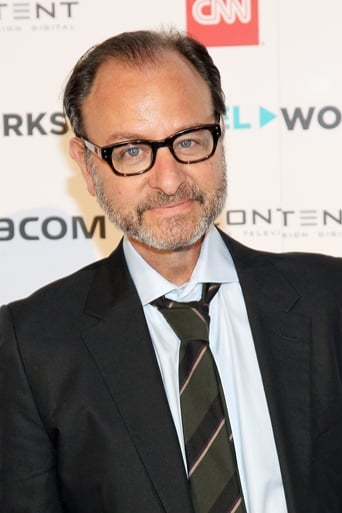 From Wikipedia, the free encyclopedia. Fisher Stevens (born November 27, 1963) is an American actor, director and producer. His most recent successes include the 2010 Academy Award for Best Documentary Feature for his film The Cove and 2008 Independent Spirit Award for Best Documentary Feature for his film Crazy Love. As an actor, he is well-known for his portrayals of Chuck Fishman on Early Edition, Seamus O'Neill on Key West, Eugene "The Plague" Belford in Hackers, Iggy in Super Mario Brothers, Hawk Ganz in The Flamingo Kid, and Ben Jahrvi in Short Circuit and Short Circuit 2. His television credits include Frasier, Friends, Law & Order, Key West, and Lost. He recently appeared on two episodes of the TV show Numb3rs. Fisher also has a distinguished Broadway and off-Broadway career spanning nearly 3 decades. He played Jigger Craigin in the 1994 Lincoln Center revival of Rodgers and Hammerstein's Carousel. He had an early success in the 1982 Broadway production of Torch Song Trilogy playing David, the adopted son of the gay protagonist played by the show's writer Harvey Fierstein, and the original Broadway production of Brighton Beach Memoirs, where he succeeded Matthew Broderick in starring role of Eugene. Throughout his career, he has acted in and directed more than 50 stage productions. In 2010, Fisher co-founded a new media and documentary film company, Insurgent Media, with Andrew S. Karsch and Erik H. Gordon. Description above from the Wikipedia article Fisher Stevens, licensed under CC-BY-SA, full list of contributors on Wikipedia