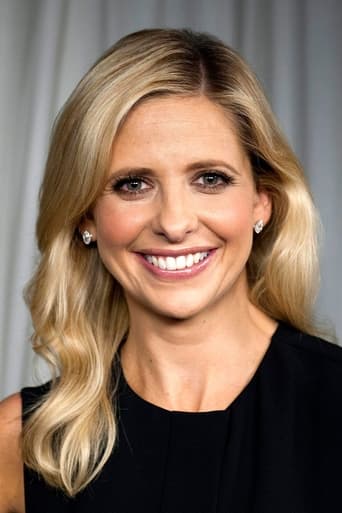 Sarah Michelle Prinze  (born April 14, 1977), known professionally by her birth name of Sarah Michelle Gellar  , is an American film and television actress. She became widely known for her role as Buffy Summers on the WB/UPN television series Buffy the Vampire Slayer, for which she won six Teen Choice Awards and the Saturn Award for Best Genre TV Actress and received a Golden Globe Award nomination. She originated the role of Kendall Hart on the ABC daytime soap opera All My Children, winning the 1995 Daytime Emmy Award for Outstanding Younger Actress in a Drama Series. Her film work includes starring roles in I Know What You Did Last Summer (1997), Cruel Intentions (1999); Scooby-Doo (2002); the American remake of Japanese horror film The Grudge (2004); and The Return (2006). Gellar also played an ex-porn star in Richard Kelly's Southland Tales (2007) and was part of an ensemble cast in The Air I Breathe (2008). Gellar also starred in Veronika Decides to Die (2009). Description above from the Wikipedia article Sarah Michelle Gellar, licensed under CC-BY-SA, full list of contributors on Wikipedia .

Born:
Apr 14, 1977 In New York City - New York - USA
Movie/TV Credits:
56
First Appeared:
In the series The Wonderful Maladys
Latest Project:
Movie The Robot Chicken Lots of Holidays (But Don't Worry Christmas is Still in There Too So Pull the Stick Out of Your Ass Fox News) Special 2014-12-07