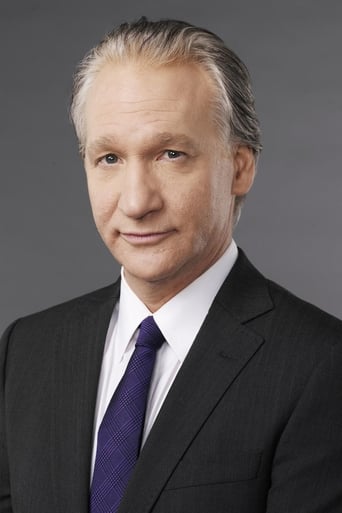 From Wikipedia, the free encyclopedia. William "Bill" Maher, Jr. (born January 20, 1956) is an American stand-up comedian, television host, political commentator, author and actor. Before his current role as the host of HBO's Real Time with Bill Maher, Maher hosted a similar late-night talk show called Politically Incorrect originally on Comedy Central and later on ABC. Maher is known for his political satire and sociopolitical commentary, which targets a wide swath of topics: religion, politics, bureaucracies of many kinds, political correctness, the mass media, greed among people and persons in positions of high political and social power, the lack of intellectual curiosity of the electorate, among many topics. He supports the legalization of marijuana and same-sex marriage, and serves on the board of PETA. He is also a critic of religion and is an advisory board member of Project Reason, a foundation to promote scientific knowledge and secular values within society. Maher currently ranks number 38 on Comedy Central's 100 greatest stand-ups of all time. Bill Maher got a Hollywood Walk of Fame star on September 14, 2010. His is the 2,417th star dedicated on the famous sidewalk. Description above from the Wikipedia article Bill Maher, licensed under CC-BY-SA, full list of contributors on Wikipedia.