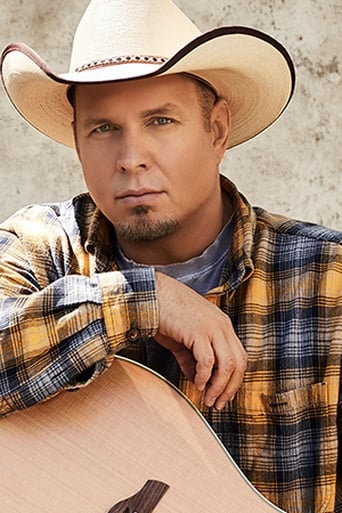 From Wikipedia, the free encyclopedia. Troyal Garth Brooks (born February 7, 1962), best known as Garth Brooks, is an American country music artist who helped make country music a worldwide phenomenon. His eponymous first album was released in 1989 and peaked at #2 in the US country album chart while climbing to #13 on the Billboard 200 pop album chart. Brooks' integration of rock elements into his recordings and live performances has earned him immense popularity. This progressive approach allowed him to dominate the country single and album charts while quickly crossing over into the mainstream pop arena, exposing country music to a larger audience. Brooks, with the assistance of Don Rowley and Britt Jones, and Marc Silver has enjoyed one of the most successful careers in popular music history, breaking records for both sales and concert attendance throughout the 1990s. Garth Brooks still continues to sell well and according to Nielsen Soundscan, his albums sales through end 2010 are at 68,513,000, which makes him the best-selling albums artist in the United States in the SoundScan era (since 1991), a title held since 1991, well over 6 million ahead of his nearest rival, The Beatles. Furthermore, according to RIAA he is the second best-selling solo albums artist in the United States of all time behind Elvis Presley (overall is third to the Beatles and Elvis Presley) with 128 million units sold.[6] Brooks has released six albums that achieved diamond status in the United States, those being: Garth Brooks (10× platinum), No Fences (17× platinum), Ropin' the Wind (14× platinum), The Hits (10× platinum), Sevens (10× platinum) and Double Live (21× platinum).  Since 1989, Brooks has released 19 records in all, which include; 9 studio albums, 1 live album, 4 compilation albums, 3 Christmas albums and 2 box sets, along with 77 singles. He won several important awards in his career as 2 Grammy Awards, 16 American Music Awards (not including the poll of "Artist of the '90s") and the RIAA Award as Best selling solo albums artist of the Century in the United States. As of 2010, Brooks' world-wide sales now exceed 200 million. Troubled by conflicts between career and family, Brooks officially retired from recording and performing from 2001 until 2009. During this time he sold millions of albums through an exclusive distribution deal with Wal-Mart and has sporadically released new singles. In 2005, Brooks started a partial comeback, and has since given several performances and released two compilation albums. On October 15, 2009, Garth Brooks announced the end of his retirement. In December 2009, he began a 5 year concert deal with the Encore Hotel and Casino on the Las Vegas Strip. Description above from the Wikipedia article Garth Brooks, licensed under CC-BY-SA, full list of contributors on Wikipedia.​