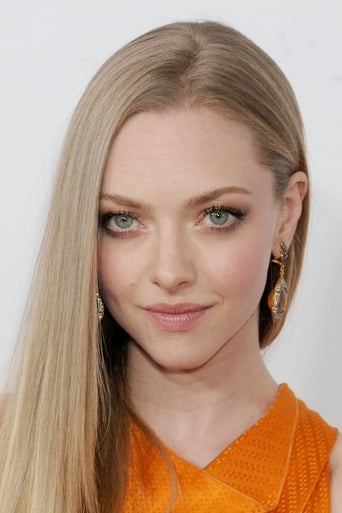 Amanda Michelle Seyfried (born December 3, 1985) is an American actress, singer and model. She is the recipient of various accolades, including two Satellite Awards, a ShoWest Award, and nominations for an Academy Award, a Screen Actors Guild Award, a Critics' Choice Movie Award and a Saturn Award. Born and raised in Allentown, Pennsylvania, she began modeling at age eleven and ventured into acting at age 15 with recurring roles as Lucy Montgomery on the CBS soap opera As the World Turns (1999–2001) and Joni Stafford on the ABC soap opera All My Children (2003). Seyfried came to prominence following her feature film debut in the teen comedy Mean Girls (2004) and her recurring role as Lilly Kane on the UPN television series Veronica Mars (2004–2006) and Sarah Henrickson on the HBO drama series Big Love (2006–2011). Seyfried has appeared in a number of successful films, including Mamma Mia! (2008) and its sequel Mamma Mia! Here We Go Again (2018), Jennifer's Body (2009), Chloe (2009), Dear John (2010), Letters to Juliet (2010), Red Riding Hood (2011), In Time (2011), Gone (2012), Lovelace (2013), A Million Ways to Die in the West (2014), Ted 2 (2015), and First Reformed (2017). She has also occasionally done voice-over work in animation films, such as Epic (2013) and Scoob! (2020). In 2022, she portrayed Elizabeth Holmes in the Hulu limited series The Dropout. For her portrayal of Cosette in Tom Hooper's musical film Les Misérables (2012), Seyfried was nominated for the Screen Actors Guild Award for Outstanding Performance by a Cast in a Motion Picture. She received critical acclaim for playing Marion Davies in David Fincher's Mank (2020), which earned her nominations for the Academy Award, Golden Globe Award, and Critics' Choice Movie Award for Best Supporting Actress. Description above from the Wikipedia article Amanda Seyfried, licensed under CC-BY-SA, full list of contributors on Wikipedia.